No Screens, No Keypads, No Swipe, No Touch

In the 2013 movie ‘Her’, the central character has a love affair with a disembodied voice.

The voice begins by making a few tentative inquiries of its owner, but it soon learns his habits and insecurities, and with each interaction, it learns to inveigle itself into his life until he is almost completely dependent.

We are beginning to see early manifestations of this voice commanded intelligence.

Some Chinese are falling in love with a table top robot called Rokid (pictured below), which has an alluring voice and impressive conversational skills. 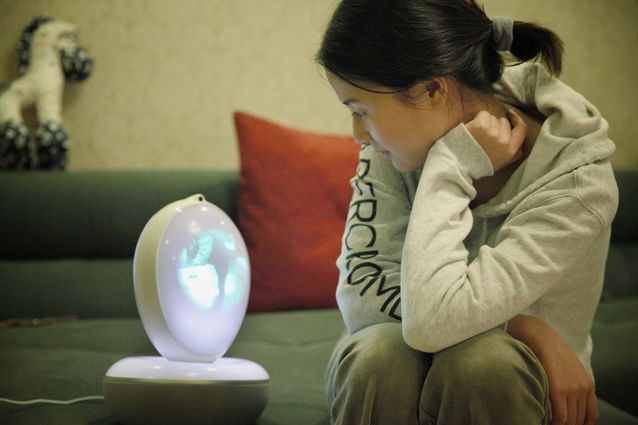 And Softbank‘s famously jokey Pepper robot is getting backing to go global from Alibaba and Foxconn.

Step changes are in process in the ways we will interact with computerised agents: agents that will soon understand a lot about the world and infer our intents, meanings and objectives.

Voice recognition software has already improved to the point where it is significantly faster and more accurate at producing text on a mobile device than we are at typing on its keyboard.

In the next few years, I believe we will witness a perfect storm of AI and compounding collections of new data as we increasingly interact with screenless devices by voice, hand and head gestures.

In prospect, according to comScore: 200 billion searches a year done by voice by 2020, yielding a $50 billion market in voice search, and a ‘wearables’ market of $16 billion within 5 years with bean sized earbuds that translate, filter out ‘noise’ and let us control our devices by voice.

The end of the smartphone

China’s search engine giant Baidu is one company in the vanguard of voice technology with a neural network based Speech 2 system that has an almost perfect understanding of Mandarin and English and even of the ‘mixed’ Mandarin and English which many Han Chinese now speak.

The Baidu ‘voice’ project is spearheaded by former Google superstar Andy Ng from Baidu’s Sunnyvale R&D centre, who makes the entirely valid point that humanity was never designed to communicate by using our fingers to poke at a tiny little keyboard on a mobile phone. “Speech has always been a much more natural way for humans to communicate with each other.”

And Google muscled into the fray last week with the announcement of its Pixel AI infused, voice driven PA.

Everything, of course, depends on further heavy lifting and investment in advanced analytics, AI and Near Field Communications from Baidu, Google, Microsoft, Apple, Amazon and a cluster of vanguard start-ups such as MindMeld, Bragi and Mobvoi.

Nobody would claim that Siri, OK Google, Cortana or Alexa is fit for purpose as a PA right now or that device technology is anywhere near mature yet.

But this step change has radical implications for hardware companies.

Witness Apple‘s controversial decision to remove the small socket for plugging in earphones and offering costly earplugs instead (which may fall out when we’re dancing or running for a bus).

This why, too, the latest exercise in Apple TV rejects any core functions that don’t support Siri.

Sir Jony Ive, Apple’s design czar, and some say the most powerful force at Apple, talks of a truly wireless future without straggly cables to tether us to our mobile devices — phones, bracelets, earphones of whatever. 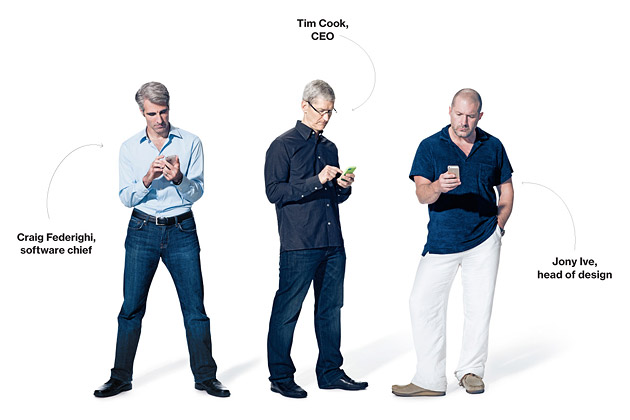 Will a voice-driven watch become the primary device interface for Apple?

Microsoft’s latest 2020 future vision shows someone talking to a bracelet.

Meanwhile, German start-up Bragi has brought a smart earplug to market that hooks up with Watson.

And Chinese start-up Mobvoi, a spin-out from Google China from when Google could operate in China, is well advanced in developing voice driven technology for Android wearables.

Amazon, whose Alexa is getting a lot of plaudits, is also entering the market with hob nailed boots on.

Earlier this month, Bezos announced that Amazon has 1000 people working on voice technologies and the company’s Alexa web page says it wants to hire another 400 suitable people across the world to work on it.

Expect all kinds of home based devices like Alexa to come down the track from Google, Apple, Microsoft, Samsung, LG and Haier.

The smart connected home of alarms, lights, kitchen appliances, sound systems and TVs will be managed by voice commands and requests.

So, too, will hands and eye free systems for in-car entertainment and location based services.

At work, staff in the field will be able to interact with equipment hands-free, giving their full attention to the matter at hand.

At least amid all the babble people will not be staring into small screens, impervious to their surroundings.

At the end of Her, the voice becomes bored with the flesh and blood intelligence and leaves to commune with other intelligences in the Cloud.

We’ll have to wait for such thought driven communications through the cloud.

Next up: networked brain analysing electrodes and transcranial devices that could be the penultimate fix in more senses than one.

DARPA, among others, are already working on it.

I’ll keep you up to date on the most promising developments (and the companies being left behind) from this platform.

In the meantime, you can contact me here if you have any burning questions.