Three Strategies for an Absurd World

It’s a drama with an infernal mix of unconventional politics, anger and anxiety from the middle classes and tensions with an increasingly unruly mob of tech collaborators.

The message, as declared by Steve Bannon in a menacingly hilarious interview with the Hollywood Reporter: “Darkness is good!”

There is a lot to be learned from this interview with Bannon <his choice of news medium is certainly significant>.

Central to investor interest was his insistence that he is the author of the $1 trillion plus infrastructure rebuild strategy: as he put it ‘with negative interest rates throughout the world, it’s the greatest opportunity to rebuild everything. Shipyards ironworks, get them all jacked up. We’re just going to throw it up against the wall and see if it sticks.”

Sounds worryingly slapdash but then there’s always been a lot more flying by the seat of the pants than generally acknowledged.

Trump won, says Bannon, because he discovered an audience of downwardly mobile families falling into NINJA status — no income, no 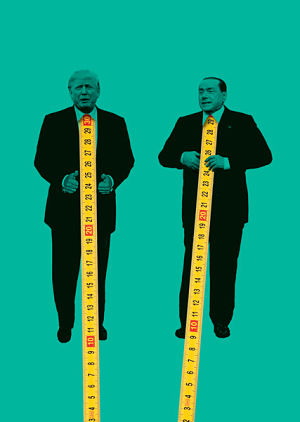 And his strategy was to play to their fears and to keep improvising, shifting the story and embracing the uncertainty that America finds itself in.

It’s a strategy that helped the mischievous and divisive media tycoon Silvio Berlusconi defy political gravity for decades. Will this Trump-Bannon strategy succeed in the US?

Maybe, but there are deep tensions and serious scope for a backlash.

For example: How will this putative spending spree sit with a right wing congress that largely favours tight budgets and small budgets? Could the “Deep State” of military and lobby interests strangle Trump? Is it even possible to create an ‘economy for everyone’ <to borrow May’s phrase> as debt accumulates and interest rates rise?

Markets may hate uncertainty and matters that don’t square up. But we are going to have to learn how to embrace uncertainty, even relish it, because there is deep change coming.

Strategy #2: Look to the new engineers

While Trump/Bannon seek ‘shovel ready’ job creating projects, the rest of the world is embarking on engineering projects of their own. An alternative and makeshift model seems to be emerging to the ultimately disastrous ‘financialisation of the world’ model spawned in the 1980s.

I’ve spoken before about the Nerd Nation — the 40 million or so tech engineers that are collaborating on a massive scale to advance projects in AI, robotics, genomics, fabrication. This is a generation of hyper-connected workers that will create the next trillion dollar industries, operating out of cities and dark networks that span the globe.

Meanwhile civil engineers are fast applying drones, robots, big data analytics, the cloud and 3D printing to transform traditional construction. Japan’s giant construction machinery conglomerate Komatsu, which is likely to be the prime contractor for the build out of Olympic facilities for Tokyo 2020, Fukushima leaks permitting, has signed up with US drone maker SkyCatch to act as the eyes for unmanned bulldozers and other site equipment. 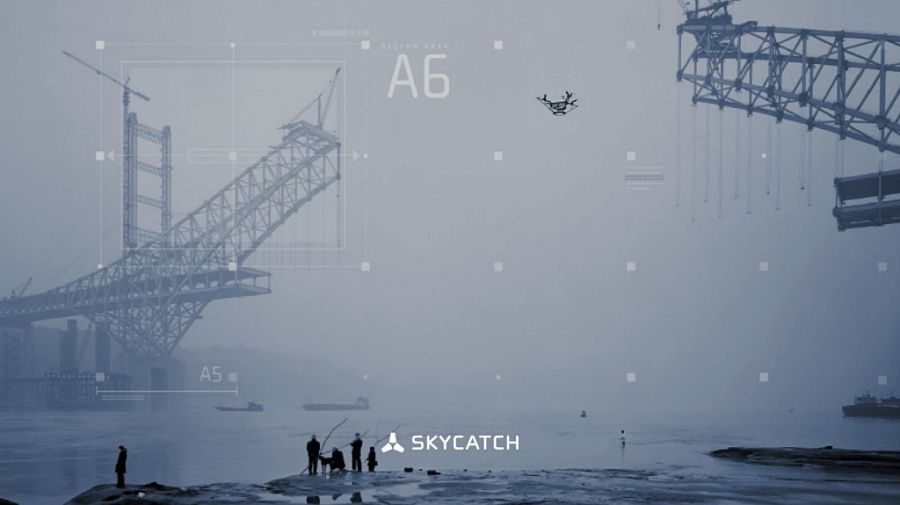 The drone’s bird’s eye view of a site enables it to provide progress reports, monitor materials and equipment deliveries and offer real-time updates to inform any changes that may be needed to adjust plans, timelines and blueprints. It sends 3D models to a computer which feeds operational information to unmanned robot-machinery on site.

Those companies that adapt to a tech driven economy will thrive. Komatsu has recognised that a construction site needs to be a smart site of connected devices and machines. Every other industry needs to do the same or risk becoming a thing of the past.

Two years ago for example, Larry Page told the FT that, ex land prices, he couldn’t understand why building offices and houses costs so much and takes so long. Since then notably conservative civil and construction engineers are turning to large-scale 3D printing and remote controlled robots.

But maybe Amsterdam provides as good an example as any of where the technology may take the civil engineering and construction industries. Local robotics company MX3D is using unmanned multi-axis robots to 3D print an entire bridge across a canal as they go along, making their own support structures en route, under the control of a remote computer. The project is scheduled to be complete by the end of next year.

The death of the old model will be painful, especially for those industries that have substituted debt for innovation over the last few decades. I reiterate my deep concerns about credit contagion, industrial mayhem and a growing backlash by opponents of the transition towards a tech-driven economy <Trump and Bannon included>.

We should also consider the cultures and individual companies that are best able to navigate the new disorder.

And this is a story that I will develop in my next briefing: with the help of Nassim Taleb’s concept of antifragile strategy and some heuristics from Jim Chanos we’ll put China’s Haier, Toyota and Google vs Apple in what we’ll argue is the appropriate context for today’s world.

In the meantime, feel free to read that interview by Bannon with the Hollywood Reporter, which probably points to the type of absurd theatrics we can expect from politicians in the year ahead.