This article is the first in a series about investing in technology — arguing that the key to finding great opportunities and negotiating the next few years of wild industrial weather is to focus on technologies that produce actionable data, and in particular, those companies that are using this data to undertake a radical overhaul of the entire economy.

In his hilarious 1965 collection, The Cyberiad, Stanislaw Lem tells the story of Trurl, a brilliant engineer who creates a machine called the “Demon of the Second Kind”, capable of extracting accurate information from any random motion of particles.

The trick, he says, is to build a selector, “which in the atomic rush and jumble, chooses only what has meaning”. And Demon allows Trurl to adopt the role of a “constructor-benefactor”, firmly good and righteous, traveling the universe aiding those he meets, severely punishing anyone who conspires to deceive his machine.

“We want the Demon, you see”, wrote Lem, “to extract from the dance of atoms only information that is genuine, like mathematical theorems, fashion magazines, blueprints, historical chronicles, or how to clean and iron a suit of asbestos, and poetry too, and scientific advice, and almanacs, and everything that ever appeared in any newspaper in the Universe, and telephone books of the future.”

Today the list of genuine information sought by constructor-benefactors such as Bezos, Page, Zuckerberg and Ma Huateng is a little different, but the principle of extracting the genuine from the vast streams of mundane and personal data is the same. 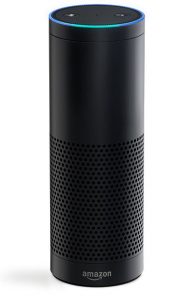 Bezos, for example, started selling books as a means to gather data on the habits of affluent, educated readers, and adopting early instances of machine learning, he was able to exploit this data move sideways into hardware, entertainment, utility computing and several other industries.

And today, Alexa — his Demon of the Second Kind — is rapidly being domesticated into daily life, acting as master console in the home as it collects streams of your most intimate data — what you eat, what you drink, what you listen to, your daily domestic habits, the conversations you have your family.

This idea of focusing on the actionable data is a very useful one for investors. It cuts through everything.

All the technologies that are emerging — sensors, machine learning algorithms, vast computing power in the Cloud, mixed reality — are at the service of producing actionable data for their controlling fathers.

And we can follow this idea of genuine information as it mutates from Big Data (largely useless or at least confounding) to actionable data (a much smaller set) to anticipatory data to a kind of global demon (with huge networks of autonomous machines hitching together from different domains to aid human intelligence, guide us, configure action).

The technology titans are exploiting their enormous user bases, computing power and machine learning algorithms to map and collect useful information from a variety of environments.

So Google, Baidu and Apple can look at the automotive industry — recognise the dysfunction of producing human driven machines with 90% down time — and seek to develop an autonomous car, laden with sensors, that can extract useful data about how to navigate an environment with traffic jams, bridges and irrational human drivers.

And Monsanto can seek to advance ‘precision agriculture’ via it’s Climate Corporation subsidiary, with meter-by-meter profiling of fields and micro-climates that help farmers determine when to plant and when to harvest, the appropriate water, fertiliser and insecticide inputs to use, draw on a constant feeding of data from satellite navigated tractors and combines.

And what’s exhilarating, however, is that this actionable data is also available to industries right across society.

So far it has enabled the flat footing emergence of the technology titans and a historic concentration of power due to network effects and their ownership of mind bogglingly large and rich datasets.

But at the same time it has enabled companies such as Uber and Airbnb to emerge from nowhere and for highly disruptive start-ups, such as Enlitic to apply deep learning algorithms to recognise suspicious masses on radiological scans with such success that they have been rapidly adopted into thousands of hospitals.

And we want this. We want meaningful data as a substitute for intuition and bias.

We will be happy to turn over decision making processes such as those involved in driving a car, diagnosing a medical condition or deciding how much hydration a section of a field needs over to machines.

As we plant sensors, draw data, develop better algorithms, create mass platforms such as mixed and virtual reality, companies from almost every industry will invest heavily in technologies that will seek out and enable ever more actionable and anticipatory data.

As Richard Dawkins says, the eye has evolved independently between 40 and 60 times…life is almost indecently eager to evolve eyes.

Invest in the enabling technologies

For investors, the optimum way to play it all is to look for those vital companies that enable the data-processing networks that run the world.

We are talking about the suppliers of specialist sensors, the drones, the miniaturised component cameras, molecular scale chip makers and network threat detection systems.

Each is an example of a tech company that could be attractive to acquisitive tech titans or snapped up in the rolling mergers in prospect over the next few years. I am expecting a huge amount of industrial disruption — with huge swathes of industry left behind as they fail to adapt to these developments.

My base case: just as it was crucial in the last decade for professional investors to understand what was happening in the financial system, the next decade will depend on our ability to understand this fast evolving system.

In the next few years, the Tech Titans will play the role of serial monopolies, the brainchildren of constructor benefactors who have designs on a radical overhaul of almost every industry.

In turn, these companies will thrive as they cooperate with an emerging network of City States in Israel, the Mittelstand, Singapore and especially in the increasingly federal Chinese state, each specialising in specific industries and concentrating scientific talent, computing power and intelligence (more on that later in the series).

And with the augmented intelligence and data available through the cloud, new layers of technology will be grafted onto the economy, creating a Cambrian explosion in sensory devices.

Companies will use every technology necessary to develop a richer screen on reality, discovering data that will allow them to outcompete rivals and gain control of new platforms.

In prospect: a global demon with universal intelligence that we can all access.

As Alan Turing described it in a 1939 paper titled “Systems of Logic Based on Ordinals”, it might be that we consult an “Oracle Machine” — one that constantly draws data from the world as it learns from the collective of human and machine intelligence.

A Demon of the Second Kind 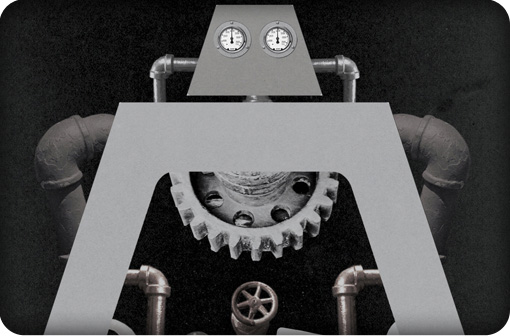 Our immediate interest however, as investors, should be to focus on companies that are producing technology that searches, navigates, stores, processes and protects genuine information about dysfunctional environments.

In my next article in this series, I’ll look at one such environment — transport — and in particular, a very promising company that is helping ensure the safety of passengers in autonomous vehicles.