Why Google, NASA and the CIA are Experimenting With This Controversial Startup

D-Wave Systems is a small and controversial Canadian company with a list of clients that includes the CIA, NASA, Google and a host of very ambitious cybersecurity startups.

The company has made a name for itself by making bold and slightly dubious claims about the quantum computing machines that it develops.

There is the “1000Q” – which requires temperatures colder than space – and has demonstrated the ability to race through complex problems that would take traditional machines 10,000 years in a matter of seconds.

Lockheed Martin, one of the first adopters, has deployed it to spot bugs in the code that run F-16 aircraft.

Google uses the 1000Q to experiment with machine learning algorithms.

The first customer was Temporal Defense Systems, which plans to use the system to solve cybersecurity problems.

We Need a Big Leap in Computing Power

It used to be all about financial leverage….

But today it’s hyperscale computing power that is the great instrument of industrial change.

We’ve already seen how the likes of Google, Amazon and the BATs have been willing to blitzscale, heavily investing in computing power in an effort to realise their various ambitions to dominate society.

The financial titans have been doing the same.

The big promise: develop the dominant server…wipe out competition…develop an industrial monopoly that lasts until the next frightening leap in computing power.

The reality however is that there is not nearly enough computing capacity available today to realise all these ambitions.

For AI, VR, blockchain to go mainstream, we’ll need a sudden leap in the hyperscale computing power available to us.

Case in point: It took the power of 50 supercomputers to enable AlphaGo to play 1.3 million simulated games in preparation for beating Lee Sedol.

The next step: Exascale

So it’s well worth paying attention the likes of D-Wave and the companies buying up their machines.

These are the companies that are very likely to disrupt, dominate or fail spectacularly in the coming years.

As we approach the limit of Moore’s Law, many industrial giants are already investing very heavily in supercomputing.

The race is on right now between China, the US, the EU and Japan to develop an “Exascale” supercomputer — a computer than can handle a quintillion calculations per second.

At present, China’s Sunway Taihu Light is the fastest in the world at a mere billion billion per second.

It’s reckoned by the cognoscenti to be four to five years away.

Except, just to release a fox into the hen house, Microsoft may have already developed an exascale supercomputer.

By adding specialist accelerator chips to each of the million plus servers in the Microsoft server fleet to boost their performance, Microsoft’s CEO Satya Nadella now claims to have ‘exa’ at his disposal to turbo charge with intelligence and speed everything from Bing and Cortana to HoloLens (pictured) and developer services from the Microsoft cloud.

Google, by continuous improvement engineering of the two million beaded together computers in its server fleet, has also probably gone exascale.

In Google’s case the approach has been to develop its own accelerator chips to act as co-processors on its servers – all part of the great awakening of Google Brain.

But all this is small beer compared to what is now in line of sight, having seemed to be science fiction less than two years ago: Quantum Computing.

Last year in a Reddit Ask Me Anything session Bill Gates said that Microsoft is on track to be using quantum computing in its cloud supercomputer in 6-10 years time.

A strong sign that this is serious and has moved from the lab to engineering is that the company has formed a division under the leadership of Todd Holmdahl, who, among other things brought the Xbox and Kinect to fruition, to create scalable quantum hardware and software.

Why is quantum computing so promising?

Well in a nutshell: traditional computers store information in “bits,” which can represent either a “1” or a “0.” Quantum computing takes advantage of quantum particles in a strange state called “superposition,” meaning that the particle is spinning in two directions at once.

And what we have learned is that we can advantage of these particles to create “qubits,” which can represent both a 1 and a 0 at the same time. By stringing qubits together, companies like Microsoft and D-Wave are hoping to create computers that are exponentially faster than today’s machines. 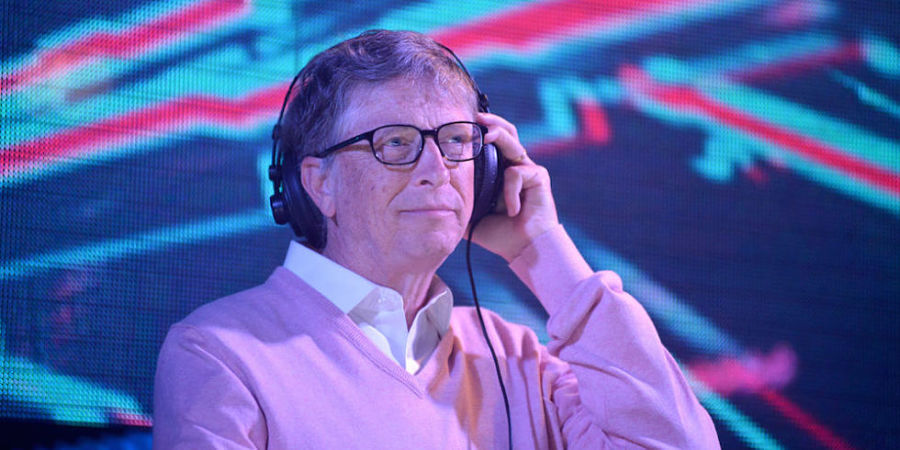 Of course, Microsoft isn’t the only company with a dog in the race.

It is likely that quantum computing will start to come out of the Microsoft, Google and IBM labs late this year in the form of patchworks of 50 or less qubits working on specific computing tasks orders.

At least that’s the expectation that’s been set up.

D-Wave, for its part, has been strongly endorsed by Canadian premier Trudeau, who made a good fist at explaining what quantum computing is all about recently at a promotional event for the company.

Founded by Vern Brownell, an ex head of technology at Goldman Sachs, and with backing from Jeff Bezos and the CIA’s venture arm Q-tel, D-Wave has already persuaded Google, Lockheed and NASA to buy it’s 1000 qubit computer, and will probably sell quite a few of the 2000Q.

D-Wave is bathed in controversy with claims that its computers are not pure play quantum computers but rely heavily on classical computing to get results on very carefully selected tasks.

There are also grave concerns about its ability to scale beyond 2000Q.

Nonetheless, Google used its D-Wave computer to get sufficiently promising results in 2015 to intensify its own, native efforts in the field.

What happens when we go quantum?

Ultimately, the story for the next decade is this: the company who sports the most powerful server fleet wins.

And it’s interesting to think about what companies might achieve as they invest, scale and leverage all of this computing power.

1) The stock market as a quantum system

We saw last week how several hedge funds have been investing heavily in Deep Learning systems.

Inevitably, with the frantic drives by some hedge funds to use technologies to beat the market, quantum physicists are being hired by some funds to test the hypothesis that there is a quantum code that can be cracked that lies beneath stock market transactions.

It is already noted that stocks of the top highly liquid stocks are realising two qubit quantum circuits in their daily NYSE evolutions.

And we’ll need to pay close attention to governments as well.

The CIA for example, is interested in boosting its “anticipatory intelligence”, recently boasting of it’s ability to use deep learning and machine learning servers to predict social uprisings 3-5 days in advance.

The most interesting developments, I believe, will happen in China.

China reckons that US domination of the internet led to its global domination but that the next source of global domination will be genetics and here, with the help of ‘exa’ and then quantum computing, China will dominate and shift the global power balance in the process.

Meanwhile, the highly probable futures in AI supercomputing, with or without quantum turbo chargers, being developed by Microsoft, Google, IBM and others need to be watched by investors.

I’ll be report here on the changing fortunes of the tech titans. This battle of the platform titans will dominate the next decade as Amazon, Facebook, Google, Apple, Microsoft and in China Tencent, Alibaba and Baidu fight each other to become the ‘only one’ – the only portal anyone needs to go to for anything they want or need online…social networking, search, ecommerce, streaming entertainment, digital banking, business engagement.

These titans have spent years building up computing power, huge user bases, and algorithmic capabilities to get inside their users habits, preferences, wants and needs.

Now they want to create rich environments that we will never want to leave.

That means VR environments. It means an AI in your vicinity at all times, to track and glean information from your behaviour.

Really, the closer they can get to the root of your decision making the better.