It’s the one phrase I’ve read more than any other in 2017: AI is changing everything.

And the fact of the matter is that it is.

AI, particularly machine learning, is rattling virtually every sector of business right now and today I want to take a look at what is coming down the track for banking and financial services.

Last year, ex-Barclays CEO Anthony Jenkins warned that the big banks are facing a 50% reduction in their staff and a 60% drop in profitability. 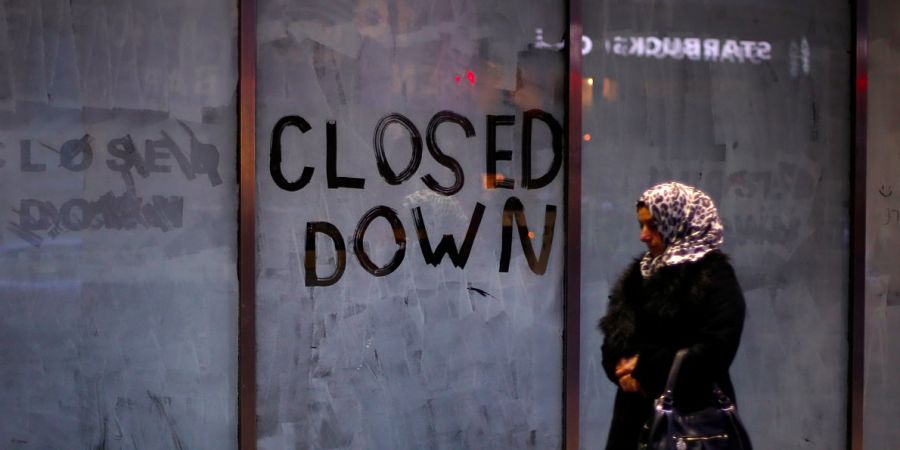 I think the bigger threat comes from the internet giants – who have developed hyperscale AI that is learning at an astonishing pace, and now looks poised to invade and outperform financial professionals in a growing list of services including retail banking, asset management, venture capital and much else besides.

We’ll discuss later how the wind blows from China on much of this.

The question I think it’s important to address first is why AI is suddenly so potent a threat to professionals. After all there have been several false starts and hype cycles since the 1950s and bonfires of incinerated capital.

The simple answer is that the hardware has now caught up.

Most significant of all, algorithms have been created that can themselves unsupervised, learn and make inferences as new real time data keeps feeding them.

Amazon’s Echo/Alexa home hub, was a star turn at CES last week even though Amazon didn’t actually have a stand. In demonstration after demonstration, it was used as the listening, learning, talking command centre in all kinds of devices and equipments on display. 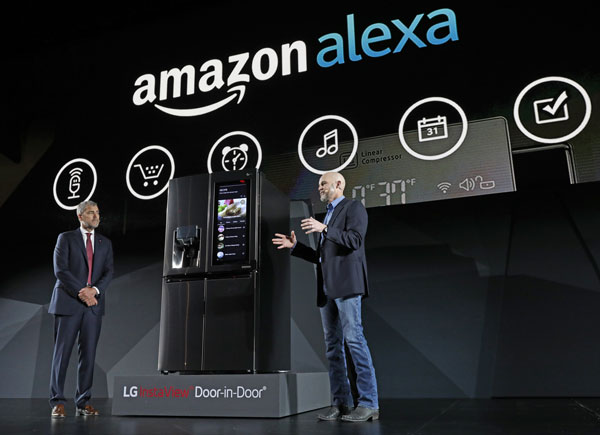 I’ve written about Amazon’s AI plans before. You only have to listen to Jeff Bezos to get a sense of important AI is to his mission — as it is at Google, Microsoft, Facebook, IBM, Baidu, Alibaba.

In fact I think Alexa is a mere limbering up for a far bigger event (more on that in forthcoming briefings).

Alibaba Shows Us What Changes Are Coming

These hyperscale internet platform companies, that thrive on network effects and increasing returns, have huge and sticky users bases feeding their cloud based algorithms with almost unthinkable volumes of data from which to extract intelligence and insight.

They do it via software neural networks running over tens of thousands of servers, that are modelled, primitively for now, on the way neurons in the human neocortex talk to each other.

Further step changes are waiting for considerable advances in the understanding of human, even mammalian brains to derive moving intelligence and insight from a lot less data, and/or, for the arrival of optical, biological or quantum computing.

But with or without more advanced AI, the giant platform companies have already pioneered a new way of doing business — one that is hyper-responsive to the needs of its customers — and there are signs that they are now moving to turn banking and finance upside down and inside out.

They will exploit their massive user bases to offer rich and abundant choice of financial products. Customers will be fed customised offers at the right time, and without the need to pay sizeable fees to intermediaries.

You only have to look at Alibaba to see the path ahead.

I’d argue that Alibaba is the most innovative financial service operation in the world right now. It offers its services across China but is also expanding into huge addressable markets in India and Africa and will become a major force not just in finance but also in trade via bi-lateral corridors between China and these markets.

In late 2013, the Beijing regulators allowed so-called ‘Private Banks’ to be set up.

With their scope for playing ‘radical adjacency’ off their huge user bases, the Chinese BATs <Baidu, Alibaba and Tencent> leapt at the opportunity and quickly started offering platform based services in e-commerce, integrated escrow, all kinds of payments, affordable wealth management, small business loans, and logistics.

In the process, they ate into bank revenues and affected the banks’ cost of capital as deposits moved on to the BAT’s online financial platforms.

Alibaba, which had integrated logistics with payments with merchant to consumer trade, became the standout with a suit of online support services offered to the tens of millions of global SMEs that need online marketing, sales, finance and cloud app services.

SMEs are the real drivers, not MNCs, of the global economy accounting for nearly 70% of employment and over 50% of the GDPs of higher income economies.

The Alibaba example suggests that with the adoption of platform-based digital banking across the world, any existing bank would be foolish to assume that in five years time the majority of transactions will be through conventional channels.

Alibaba’s MYbank is making its mark by offering small loans to its customers. It operates on a Cloud Computing platform. There is no bank staff involved in giving loans. Big data is used to calculate the loan amounts. The whole process is quick and easy by the standards of even western banking.

Meanwhile Tencent has been using it’s WeChat platform to promote loan services. With 800 million users they have a huge captive audience and financial products at WeBank are selling fast.

The lesson from Alibaba is that:

Amid all this I keep wondering, obviously, when Amazon will start to do an Alibaba and when Google, Facebook and Apple will up their antes in financial services like Baidu and Tencent.

My research has persuaded me that Amazon is even more AI intensive than Google, and that it leads the parade in providing AI enabling services from its AWS cloud, which serves the purpose of adding new sources of data to its AI algorithms.

Obviously, I also note the presence of IBM’s Watson and what it will be capable of downloading from the cloud.

I’m also impressed in Europe by ERM leader SAP’s Financial Service Network, which enables the financial establishment to outsource services to help them counter the rising challenge of the platform insurgents.

This is an Inflection Point for Global Finance

Global banking and finance stand at a strategic inflection point and a major power shift is underway in global finance, unless or until, that is, governments and regulators bite back as their powers erode and/or as cyber events petrify matters.

So little wonder the concept of ‘digital banking’ is hot and getting hotter.

The scale, technology and operational infrastructure is in place to service a client anytime, anywhere, through which ever channel.

A digital bank is, ideally, able to predict a client’s needs and quickly provide a product or service that meets them.

So who’s in pole position for racing the age of what the Bank of England calls ‘the internet of finance’?

The legacy banks with their legacy systems, and hefty property and staff
overheads?

Or the platforms that we use minute by minute, constantly feeding financial information to AI that is colonising almost every aspect of our lives?

Next week I’m going to look at what AI is doing to the professional investment business.

I’ll do so with Ray Dalio as the scene setter.

Dalio, founder of the world’s biggest hedge fund, believes that the world economy is a machine and that each human has to be recognised as a machine within it.

He seems to be capitalising on the rising competence of AI to turn the management of his company Bridgewater over entirely — from HR to asset allocation — to an AI system being developed in-house by a small team led by David Ferrucci, previously the top designer of IBM’s storied Watson cognitive supercomputer.

It’s fascinating stuff. I’ll give you the full details in the next briefing.

If you’d like to learn more about the scale of disruption that is in store: not just for finance, but for healthcare, mining, agriculture….and every other industry…then feel free to read my in-depth report on the AI Rush.

You can read it here