We all know the quip attributed to Christine Lagarde: ”if <only> it had been Lehman Sisters…”

And we’ve debated the work of Goldman Sachs trader turned Cambridge neuroscientist John Coates’ research into why and how the female hormone profile plays a key role in making women measurably better long-term investors than young and early middle-aged men.

Portfolio managers, business angels, VCs and PE specialists, female or otherwise, may be wise to ask to what extent the findings of Coates and others have purchase beyond fund management.

I’m increasingly intrigued by the growing, indeed dominant role women are playing in entrepreneurial activity — especially tech start-ups — in certain parts of the world, while being virtually absent in others.

Take China, which is arguably the benchmark for women in business.

As Mao famously put it: ”women hold up half the sky.” And in today’s China, outside of the upper echoes of the Party, which is totally male dominated, they increasingly do.

According to Huran Research and UN research, 25% of China’s entrepreneurs are women overall, while 55% of internet start-ups are founded by women and over 50% of senior business executives are female.

Moreover, two-thirds of the world’s richest self made female billionaires are Chinese, according to Huran/ Forbes, with the global list led by Zhou Qunfei (pictured below) who founded and runs Lens, a manufacturer of touchscreens for mobiles. 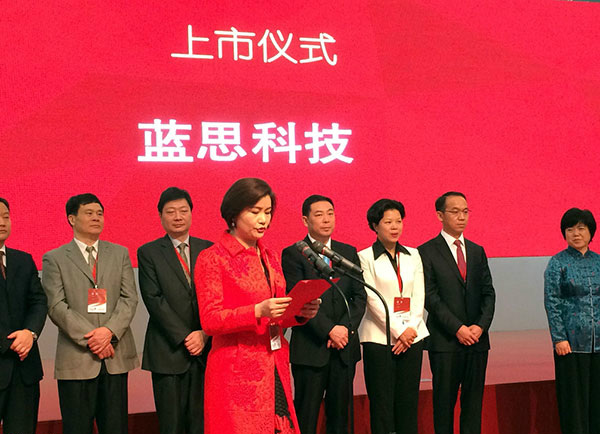 By contrast, in Japan women are almost invisible in business and technology, despite, according to standard global OECD tests, being the best educated in the world up to university level: then less than 15% of them go on to take a degree.

They look after the family finances and disappear into the home to drive their children to similar educational excellence while their husbands work 60 hours a week or more.

Abe told a Davos audience a few years back how the then US Secretary of State Hillary Clinton had bullied him about the absence of women in politics, business and commerce in Japan and that he promised her he would do something about it. Moves are being made to tweak the tax laws to reset the work balance but progress is travelling at the speed of a sloth bear on tranquillisers.

So there you it: a relatively dynamic China vs stagnant Japan!

Were Abe or his successor to come good and release female nous and intelligence into a less sclerotic Japanese economy, well then duck. But of course, some big ‘ifs’ here.

The role of female entrepreneurs is particularly relevant in Africa.

On a ten year view there is the very real prospect of ‘a great leapfrog’ in countries like Nigeria, Ghana and Kenya, despite still epic corruption, poor governance and the spread of radical islam in some African countries.

To me, Africa looks ‘future filled’ on the upside, with a young demographic, a strong, young talent base, and the scope to use the industries of the future to leapfrog ahead in development, and avoid in the process many of the costs China and India have faced during their breakout phases.

Much of Africa can use and is now using widespread 3G connectivity, satellites, drones, solar energy and frugal innovation to limber up for that ‘great prospective leapfrog.’

And central to the continent’s longest and largest period of economic growth is the prominent role of women in the private sector. In Ghana and Nigeria, for example, which represent 25% of the continent’s population there are more female than male entrepreneurs.

Sub-saharan Africa, according to World Bank, has the highest rate of gender parity in entrepreneurship in the world.

I know this region extremely well, having lived and worked across Sub-saharan Africa over the last decade. Anyone who visits Silicon Savannah just outside Nairobi, which is supported by Microsoft and Cisco among others, will be struck by the numbers of young women in the cubicles forming new businesses and/or exporting low cost IQ to the world.

Note: I’ll cover in a separate briefing how Chinese, Indian and increasingly Japanese interests are turning Kenya into East and Central Africa’s hub, and manufacturing base on the Indian Ocean trade route.

In Kenya, too, is the storied and pivotal creation of M-Pesa — an entire banking system based on mobile phones, text, scratch cards and small payment kiosks. An example of how people become wildly creative in an environment of scarcity.

One striking innovation: packets of power via solar energy can now be managed and bought in the villages like ‘airtime’ via M-Pesa.

When I was last in Kenya I met Su Kahumbu (pictured below) and talked to her about her iCow, a text message/voice based mobile app that is used by over 11,000 Kenyan dairy farmers as a comprehensive intelligence service that issues alerts and answers questions about everything from prime days to market product to veterinary information to cow’s’ gestation periods. 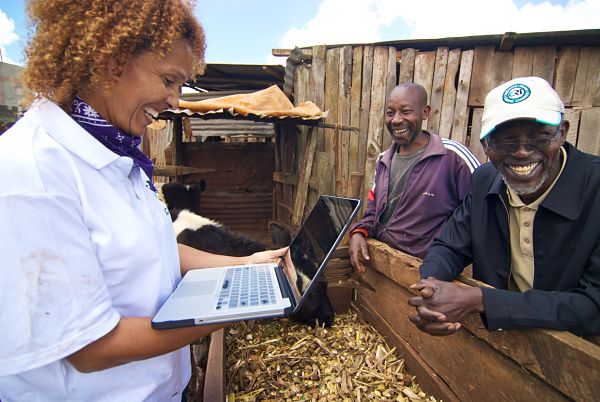 As one farmer is said to have remarked: iCow tells him when to give his cow ‘maternity leave.’

What I discovered in Kenya was that as women move from the rural areas into the cities, even into the shanty towns, their lives are transformed and with them the economy around them.

They are liberated from backbreaking work. They have far fewer children. They rather than men receive the micro-finance and form sisterhoods to make sure the loans are properly serviced. The strong pentecostal movement in Kenya gives women congregational power, networks and faith in a prosperity gospel.

It is women who start the majority of new businesses in Kenya.

And there’s a big and swelling message here that ramifies across much of Africa, Asia and Latin America as populations urbanise.

I’m in the midst of a look at India, which will include the role of women, which I’ll send you separately, but I want to sharpen my point with the example of Rwanda, the scene of brutal genocide in 1994.

Under the controversial leadership of Paul Kagame <human rights and previous military activities in DRC>, Rwanda has rebuilt itself into Africa’s most streamlined knowledge-based economy and is connected up with 1000 miles of fibre optic cable. The capital Kigali is Africa’s safest, ‘smartest’ and cleanest city by far and indeed warrants a slot in the world league table of top cities.

A lot of my Kenyan friends set up businesses in Rwanda because it’s the most efficient and least corrupt place from which to operate to connect to the wider world and take advantage of an open high tech commodities exchange.

Rwanda, as it happens, is the only country in the world with a democratically elected parliament where over 60% of the members are female.

Kagame was very close to Lee Kuan Yew, former prime minister of Singapore, from whose playbook he learnt how to design and implement public policy.

Meanwhile, it is almost axiomatic that there’s a dark side to the surging power of women in China against the background of the well noted surfeit of men there — images of testosterone fuelled young men on the shelf and outshone by the girls.

And this is not just a Chinese socio-economic problem. Almost everywhere girls are doing better at school and university than boys and landing the better jobs. That heralds trauma for some, transition for everyone, especially in those economies driven by truly thriving tech and startup cultures in Kenya, Nigeria, Rwanda, China and India.