The future according to Larry Page

He believes in the Singularity – and is planning to stay alive long enough for a radical reinvention of human intelligence and anatomy.

He believes “our sub-optimal” world can be vastly improved by hitching human intelligence to self directing machines.

He’s “a rational optimist”, borrowing from Matt Ridley, insisting that “being negative is not how we make progress.”

When he was 12, Page read a biography of the epic investor Nikola Tesla. He cried when he read that Tesla died in obscurity and debt.

“I figured that inventing things wasn’t any good. You really had to get them out into the world and have people use them to have any effect”.

He says: “That training of not following rules and orders, being self motivated, questioning what’s going on in the world and going things a bit differently” is at the core of his way of being and of the Google culture.

He met Brin while an undergraduate at Stanford and had “a dream to download the whole web.” 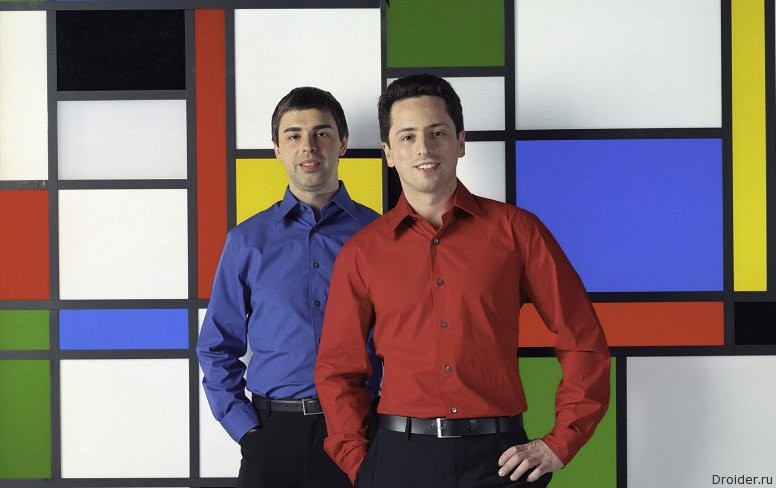 The PageRank algorithm, which ranked search results according to their popularity rather than occurrence of key words or demography, was the result and with it Google and the search and advertising colossus and acquisition machine it became.

When they set Google up, Page and Brin stated that “Google is not a conventional company. We do not intend it to become.”

There were fears in some quarters that it would become conventional though, especially when Page brought transformative CFO Ruth Porat on board from Morgan Stanley in April 2015. She is the ‘nay sayer’ the shy Page, who hates conflict and insists that nothing is impossible, is not.

She imposed discipline on the legendary Google ‘Moonshot’ projects by making them pay for the use of Google resources and show how they were going to become profitable within 5 years rather than ten or never.

As a result there were high profile ‘exits’ from some of the Moonshots –from the Waymo robot car, from Google Fibre, Nest home hub, Google Ventures and the Loon Balloon project.

There were also a good many departures of engineers who saw the end of “Goodliness” and of endless days of play in the sandpit.

Then in August 2015, Page and Porat ‘blew up the corporate culture’ and created Alphabet as the listed holding company of a federation of companies, including Google, the source of 100% of profits, and what were dubbed ‘other bets.’

The move was partly to ensure Page and Brin retained voting control and partly to make ‘other bets’ more transparent.

The shares have soared since.

But has ‘singularitarian’ Page, one of whose guiding principles Porat used to quote when at Morgan Stanley that ” incrementalism leads to irrelevance over time”, run out of ambition and verve to change the world through exponential technology?

Part of his strength is his ability to face up to his lack of interest in and skill at managing people, except when it comes to finding and inspiring the 1% of the best and the brightest to join his grand, what he sees as melioristic technology project.

Hence in 2001 he gritted his teeth and handed over as CEO to Eric Schmidt, he and Brin having tested him out by spending time with him at Burning Man, took it back in 2011 and then brought in Ruth Porat in 2015 to do the necessary.

There are numerous accounts of how Page thinks and operates.

But most of all, and ominously for some like his friend Elon Musk as we saw, if you’re not a singularitarian, you’re not part of his or Alphabet’s future as an insider.

You have to see humans, at least radically un-augmented humans, as ‘so yesterday.’

You have to believe that ageing is reversible and that even death can be defeated.
Boil off the fat, and the real foundational story at Alphabet is that we will become biological boot loaders for digital super-intelligence–
<a boot loader is the program that launches the operating system when you turn your computer> as the world mutates away from the control exercised by the ‘sub-cortical’ mess that is the human phenomenon.This is how Page, Kurzweil and Deepmind’s Demis Hassibis see things.It was Page who lit the green light for Google Brain.Kurzweil sees as unstoppable the emergence of a hybrid species of not entirely biological super machines. Hassibis has even been called “the Merlin who will conjure our children” with artificial super intelligence. 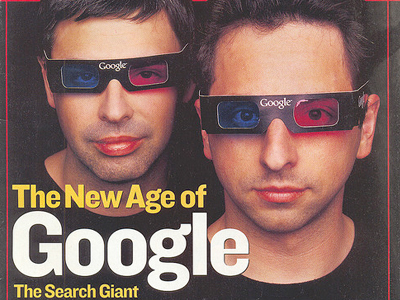 Marc Andreessen, the storied polymath and Silicon Valley VC sees it all as “a massive hand wave” to use an expression used at MIT.Friend Musk sees it as truly ominous and that Page will “produce something evil by accident.”

Andreessen too complacent? Musk too alarmist?

We remain convinced that only very a few outside Google and the artificial intelligentsia really understand what’s developing here.

The Current Model: AI on Tap

Meanwhile, on 28 April Page wrote a 750 word Founders’ Letter to shareholders. It was serene despite all the turmoil among the ‘other bets.’

After all the great search/ad money machine is growing at an annual clip of 20% and should be able to fund the Page’s ultimate vision of Alphabet/Google as a world reshaping operation whose product is AI on tap from the cloud orchestrating the IoT, one of whose ‘things’ will eventually be the human organism.

Shortly after Page published his letter, Warren Buffett held his annual shareholder jamboree in Omaha and admitted that he “blew it” by not investing in either Google or Amazon.

Two companies fortified with potent electric fences to keep the competition out that will ‘own the future.’

One of which or Apple will become the first trillion dollar company.

But as always, I’d be happy to exchange notes if you get in touch. Drop me a message here if you’d like to discuss how this affects your portfolio.