Since I quit the ‘sell side’ a year ago and put my Peripheral Vision reports into cryogenic suspension, I have been reading deeply and widely, kibbitzing with my global network of tech heads, VCs and entrepreneurs and writing a book on what the converging worlds of robotics, haptic, AR and AI will do the intimate relationships of ‘stressed, depressed, self-obsessed’ millennials.

I have turned off Bloomberg and CNBC and I don’t even read the FT regularly.

I wanted to shut out the ‘noise’. To get a new purchase on the way the prevailing underlying forces in technology will play out over the next 2-3 years for investors.

And what ‘out of left field’ factors are spurring progress? What new and surprising metrics should investors use to assess tech companies?

How about such factors as the extent to which key teams in Silicon Valley are users of ritalin, adderall, micro doses of LSD?

Or what about taking on board the ‘birth order’ status of a CEO, a CFO, chief marketers or and chief technologist. There is some muscular research on that.

And what if in the future recruitment is based on genomes, especially if Shenzhen BGI and others find a clear genetic basis for high intelligence?

But to return to more conventional concerns and metrics, I would point to four key signatures of potential…

1. Size of your User Base

As Joshua Cooper Ramo has pointed out recently, what matters most today is not how much revenue a company has, but how much connection it manages. Four companies have user bases with more than a billion customers — Apple, Facebook, Google and Microsoft — and the more their customers interact, the more they learn, the smarter the algorithms, the greater the digital divide that opens up.

In fact, the global economy is being twisted as much by the operation of networks as monetary policy. These networks operate by power law — a positive sum approach that allows machines and humans to learn and adapt in concert.

The increasing use of highly intelligent ‘actionable data’ based on real-time big data analytics and machine learning rather than unscientific opinion, bias and human emotion is transforming everything from medicine and healthcare to mining and logistics and from energy to automotive.

A prime example of a company that’s doing this is the industrial megalith GE. Over the past three years it’s been systematically morphing itself into what CEO Jeff Immelt calls a ‘software company’ and has been rapidly scaling up on its application of advanced predictive analytics to huge volumes of real-time data fed by its burgeoning population of sensors in, e.g., its jet engines, locomotives and wind turbines.

I recommended GE stock because of this in Peripheral Vision nearly three years ago, since when it’s handily outperformed the market and I reckon the market still underestimates the depth and breadth of its transformation.

3. Use of Computing Power

The availability of cheap, smart sensors coupled with virtually unlimited computer power has already enabled the AlphaGO algorithm and progressively self-driven vehicles and the prospect of genomics moving front and centre of medicine within a decade.

It took the power of 50 supercomputers to enable AlphaGo to play 1.3 million simulated games, and over 1,500 to perform in the competition setting. Deep learning pioneer Geoffrey Hinton needed 16,000 computers at Google to run an algorithm that can recognise faces from 10 million random videos. Roughly 80% of the non-linear progress in machine learning is down to this availability of computer power.

Just what will be the shape of a world of a trillion sensors and microprocessor cycles costing less than a penny? Linear progress or something parabolic?

To what extent do companies in your portfolio source their computing power through the cloud?

A company that directs a high proportion of its revenues into R&D, will help the company adapt to faster product development cycles.

Apple, for example, has recently tripled the size of its R&D spend, partly in the effort develop its next great product – the “Project Titan” electric vehicle. The stakes and competition between the Tech Titans will result in vast expenditure on R&D.

But, there’s always a but…

Despite the huge potential for networked growth, there are brakes on the wheel that every company and investment professional needs to factor into the mix…

<> Batteries, to use Elon Musk’s word ‘suck’, but more and more items in the swelling world of IoT will depend on them, including EVs, medical monitoring devices, wearables. There is no sign over the medium-term of a step change in battery technology.

<> A global dearth of data scientists and machine learning experts. Google, Facebook, Microsoft and Amazon and now Wall Street companies such as Goldman Sachs, JPM, and hedge fund giants such as Bridgewater are scrambling for very scarce resources with Google having largely scooped the pool in machine learning ‘stars’. There will ever more frantic start-up funding of university spin-outs and ‘acqui-hire’ activities such as Google’s acquisition of DeepMind two years ago.

<> A clear move to trust code and math over human intermediaries. So a large number of millennials trust medical diagnoses from the Cloud rather than from their unvirtual doctor and this is reflected in the rapidly growing interest in the Blockchain, not least from Blythe Masters (pictured below), the former derivatives genius at JPM, who now runs the Blockchain start-up Digital Assets. 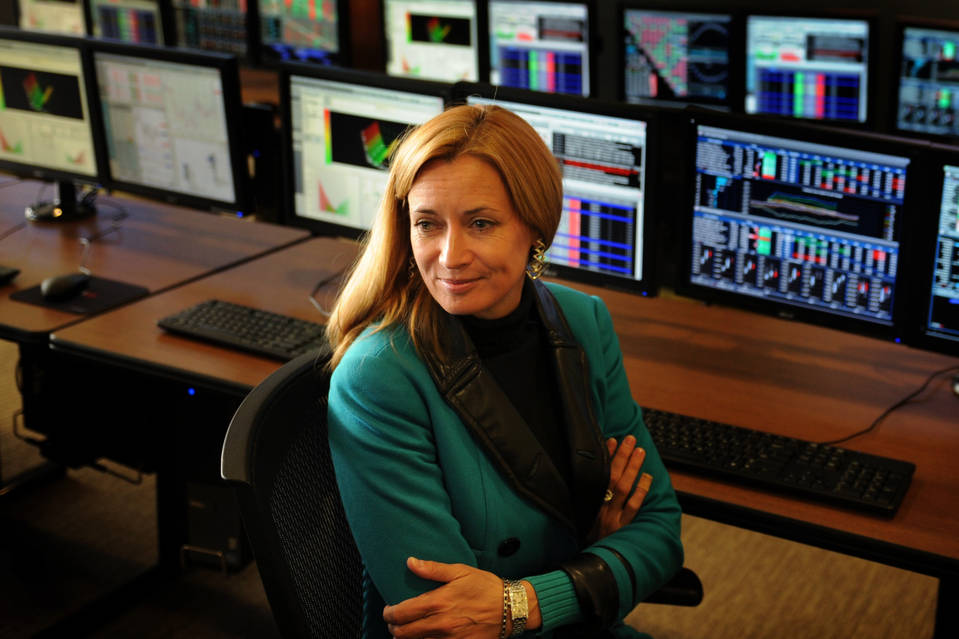 Now the big one which could upset or stall things without warning, and demand urgent and radical action…

<> Security. The now shocking reality is that in a constantly connected, densely networked world nothing has been architected to be secure and nothing whether smart phone, connected pacemaker or car IS secure. They can all be ‘weaponised’.

Commerce and consumer demand insist that in any trade-off between speed, openness and security, security comes last.

The IoT is a hackers’ gold mine and the escalating number of data breaches, denials of service, stealing of IP orchestrated at State level should be a greater cause for systematic action.

States, organisations like ISIS, pranksters have access to hackers that can stay ahead of the guys who design browsers, chips, who have other priorities than security for now. Again, commerce obtrudes. The vast majority of corporations don’t encrypt products and services, don’t segment devices and buy patchwork security protection services.

It’s odds on there will a major cyber attack causing panic and turmoil, e.g., of financial markets, the grid, a nuclear power station, anytime. AI will have to be used to confront the issue and is being developed to do so.

I’ll be tracking that, of course, and looking for investment opportunities, including some unlisted companies.

In fact, I am currently working on a Tech Crunch report that will direct you to some of the most promising tech investments of the next two-three years.

Next week, I will also have the second in my podcast series — this time on Artificial Intelligence. That was an entertaining conversation. Keep an eye out for that on Tuesday next week.

In the meantime, I’d appreciate it if you also followed me on Twitter.

I’m on the point of launching after my refresh, tutorial, and the pure fun and intellectual stimulus of the last year. And in the coming weeks, I’ll posting a lot more news, articles and updates on my Twitter feed…