The End of Anti-Social Technology

On the one hand scores of people on beaches, in parks and shopping malls looking into their smartphones in the hope that an animated cartoon character will suddenly appear in front of a rose bush or in a supermarket aisle that they can capture.

On the other, a few hard core gamers and 3D film enthusiasts wearing headsets resembling car batteries, attached to powerful gamers’ PCs, who are totally immersed in a virtual computer generated world and perhaps about to suffer from ‘vomit reality.’

These are the currently contrasting worlds of PokemonGo and Oculus Rift: of augmented and virtual reality.

Bringing the two together in untethered hybrid systems involving voice, gesture, head movement commands via neat, lightweight, socially acceptable head wear, that replaces ‘anti-social; smart phones, is what Google, Facebook, Apple for sure, Samsung and such Chinese titans as Huawei, Xiaomi and Lenovo plus the spectre of a mysterious start-up right out of science fiction, Magic Leap are all intent to achieve.

This was the subject of my introductory Brain For Hire podcast yesterday. If you haven’t had a chance to listen yet, just click here.

In 10-15 years Artificial Reality, which subsumes virtual and augmented reality — enabled by sensors, AI and the cloud — could become the biggest industry of all.

It heralds a digital and immersive environment that will gradually be layered onto our own, with immediate opportunities for your consideration.

From the stereoscope to telepathy

It is sobering to reflect that this all has its origins in the Victorian Stereoscope — a box you looked into for a very intimate, VR like experience, based on Sir Charles Wheatstone’s discovery of binocular vision under which the image each eye sees is captured and presented separately to yield stereopsis — the forerunner of VR. 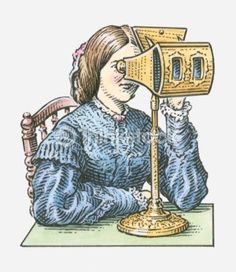 Imagine what Wheatstone might have achieved had he and a bevy of brilliant Victorian scientists had today’s infinite computing resource, abundant sensors, miniaturisation, the internet, and the cloud at their disposal.

For without them there’d be no Oculus and no Pokemon GO and no grand synthesis down the road. In prospect is what in 10-15 years time could be a digital environment in which most of us will very largely live and probably won’t want to leave.

That’s the way Facebook see it. Within a week of shaking hands to do the deal to buy Oculus for more than $2 billion in March 2014, Mark Zuckerberg sketched a vision of vast possibilities on his Facebook page. ‘Imagine enjoying a courtside seat at game, studying in a classroom of student and teachers all over the world or by consulting a doctor face-to-face — just by putting on goggles in your home”: note goggles rather than tethered head sets.

Lately, Zuckerberg has put some top dressing on what may come by 2030: ” I think we are going to be able to communicate our full sensory experience to someone through thought via head wear than can scan our brains and then transmit our thoughts to our friends much as we share baby pictures on Facebook today.”

Far out? Not when we check the human machine-interface research DARPA is funding.

Enter stage left Magic Leap, backed by $1.4 billion in venture funding most notably from Google <some $500 million>  and Alibaba.

Even more than Facebook, Magic Leap could be the real game changer with the emphasis, though, on the subjunctive.

Founded by Rony Abovitz, an acknowledged genius, who among other things, founded and sold robot surgeon company Mako, secretive Magic Leap is aiming to replace a display we look at with the display nature gave us, the brain, and talk directly to it.

I have pieced together nuggets from gnomic interviews Abovitz has given and paid heed to the thoughts of Neal Stephenson, the science fiction writer who gave us in his 1992 classic Snow Crash the concept of the Metaverse — a 3D virtual high street where avatars of all kinds can mingle.

It just so happens Stephenson is Magic Leap’s resident futurist. Stephenson is a great fan of the development of form factors that eliminate the ‘anti-social’ smart phone — a display system held in the hand for one person to view at a time. He reckons that what Magic leap and others develop will end ”a little mini ice age of social interaction by putting computer generated ‘bits’ out in the middle of the room so others can see them.”

Abovitz casts more light on this by explaining that by understanding the brain’s visual perception mechanism objects and people can be created who behave as if they’re in the real world and interact seamlessly with it.

Anything the brain accepts as real, IS real

At base, anything the brain’s GPU accepts as real IS real and Magic Leap’s technology is about ‘gaming’ the brain’s perceptual mechanism by beaming managed and curated photon streams straight to the rods and cones of the retina: capture ‘light fields’ in our eyes to see 3D images and focus on them.

Magic Leap has developed a special phonic light field chip to do the donkey work, which may even take prototype form by the year-end.

The likes of Peter Jackson and Steven Spielberg have been blown away by what they’ve seen in camera, NDA sessions at Magic Leap’s Florida HQ.

But no-one knows when a Magic Leap product will come to market and in exactly what form.

How to invest in this field

For investors, it’s a case of ‘wait and see’ over the next 2-3 years to realise the big potential in this market, at least while the main players are fighting to establish beachheads and then the high ground, and loss leads to do so.

The big short term stories, apart from Magic Leap with Facebook in for the long game, will centre on how quick will be the take-up of Microsoft’s Hololens, AR system especially among Microsoft’s industrial customer base when it comes to market probably next year. Hololens is with developers at the moment and has received promising reviews.

And everyone is waiting to see what Apple does. It has not revealed its hand yet. It is expected to wait until the market matures and, as with the game changing iPhone, then come in with a simpler, better designed product aimed at its huge base of loyal customers, who love almost anything it chooses to offer.

So from Victorian Stereoscopes to PokemonGo and from Oculus to Magic Leap and from Hololens to Apple, a frantically gestating world and the prospect of the emergence of the final computing platform/OS down the line.

The patience money, human brilliance and complex of enabling technologies are there to make it happen.

In the meantime, as I said yesterday, the story for investors is to focus on companies who are helping to solve the very real technical difficulties with VR and AR. I mention several companies that are worth considering in the podcast.

You can click here to listen to it now