What Does Bayer Want With Monsanto? Data

This article is the third in a series about investing in technology — arguing that the key to finding great opportunities and negotiating the next few years of wild industrial weather is to focus on technologies that produce actionable data, and in particular, those companies that are terraforming the planet for digital life.

Bayer has made a renewed offer for Monsanto this week, raising its bid to $56.5 billion in a year that has already seen a wave of consolidation in agriculture. The new company, once combined, could account for 30% of the global-crop inputs business, but I think there is a more subtle motive at play here.

The real reason for Bayer’s interest is an operation called Climate Corporation – a company that Monsanto bought for $1bn but expects to eventually generate $20bn in revenue.

Climate Corporation is a pioneer in bringing actionable data to agriculture. It collects vast troves of information for farmers — soil, fertiliser use, weather, hydration — by conducting aerial and terrestrial surveys, helping them adapt to increasingly hostile conditions for raising crops and cattle.

The founder, David Frieberg, left Google when he recognised that the same advanced data analytics needed to be applied to farming. The company started by profiling weather conditions across the Corn Belt and offering farmers targeted insurance against climate change, and from there he looked to every other variable that farmers need to reckon with.

Today I’m going to look at how data-driven methods are rapidly being adopted by farmers across the globe — pointing to one very attractive company that could become part of a one stop shop for precision agriculture.

In my last article I spoke about how the BATs — Baidu, Alibaba, Tencent — are spearheading an overhaul of the Chinese transport system by creating self-driving cars that rely on a constant feed of information from their local environment. Their task is to terraform the Chinese road system — producing cars that can relay information from satellites to sensors to the artificial intelligence behind the wheel.

The technical challenge is enormous — mapping the environment, creating navigational intelligence — but the Politburo is prepared to engage in force majeure because China desperately needs to deal with pressures of pollution, traffic chaos and migrating populations.

The pressures in agriculture are just as enormous…

There are technological solutions to these problems however.

One of the most interesting companies I have discovered in my research is Modern Meadow, which is seeking to grow leather in the lab from skin cells that produce collagen, a protein found in the connective tissues of animals. This collagen turns into leather that is free of blemishes, hair and fat, and has the potential to vastly reduce the number of cattle we farm — disrupting the trillion dollar leather business.

I am also intrigued by the story of Soylent, a company that is highly tuned to the dietary habits of Silicon Valley. Soylent was started by a group of hackers who were sick of developing ailments from a deeply unbalanced diet of coffee and ramen noodles during long hours of coding.

Soylent: You never have to leave your station 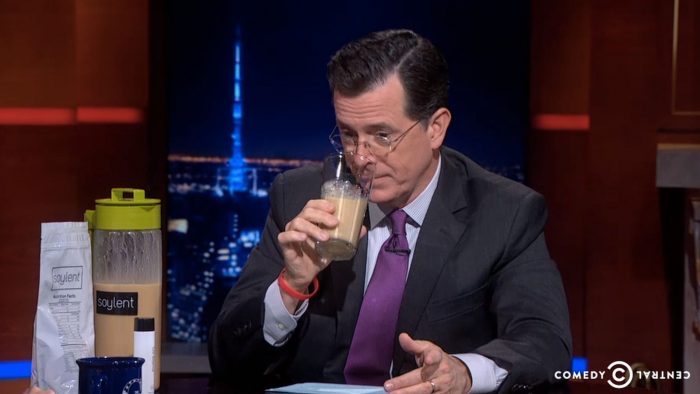 The company produces a liquid lunch, a meal in a bag for $3, with the right balance of amino acids, proteins and carbohydrates to give you the energy you need to stay bound to your terminal. The mixture has the initial side effect of giving you wind, moving methane down the food chain from cattle to coders, but I think that this is a way of consuming calories that will appeal to a growing population of working singletons, who are eager to eat ethically without the hassle of actually preparing a meal.

You may want to look at Trimble Navigation

For the next few years however, I think investors should focus on how technology will be put to use in resolving the three great problems facing good production.

I believe precision agriculture — making use of real time actionable data from a swarm of connected machines — is the most interesting story. Farming is deeply dysfunctional. Crop yields have flat lined for decades. There is massive overuse of antibiotics and soil simulants. Farmers have to reckon with unstable climates and a one-size-fits all approach to support services.

Precision agriculture is not a huge business. Startups in this area attracted $4.6 billion last year in investments, compared with $2.3 billion in 2014, according to AgFunder, an online investing platform. But when you think of what DeepMind’s algorithms were able to do to Google’s data centers — reducing energy usage by 25% by rebalancing 120 variables that control their cooling systems — you have to think that farmers will benefit from fresh data on the constantly changing system under their control.

With big farms, notably in North America and Europe becoming connected — from satellites to soil types — global agriculture has reached an inflection point, and ‘actionable data’ rather than bucolic wisdom and superstition are beginning to be put to work on improving agricultural productivity and profitability.

So you may want to look at mid-cap Trimble Navigation (Nasdaq: TRMB), which leads or enjoys parity in such technologies as GPS receivers, laser range finders, unmanned aerial vehicles (or drones), inertial navigational systems and real-time software processing tools, and holds a host of valuable patents in GPS related technologies: technologies that enable the collection and processing of centimetre accurate data from aerial imaging.

Trimble’s technology is also widely used in the engineering, construction and mining sectors.

Recent examples of its forward thrust are its UX5, FAA approved 5.5 pound, 40 inch wingspan UAV, which runs on a lithium-ion battery, an electric motor and a pre-programmed flight plan. 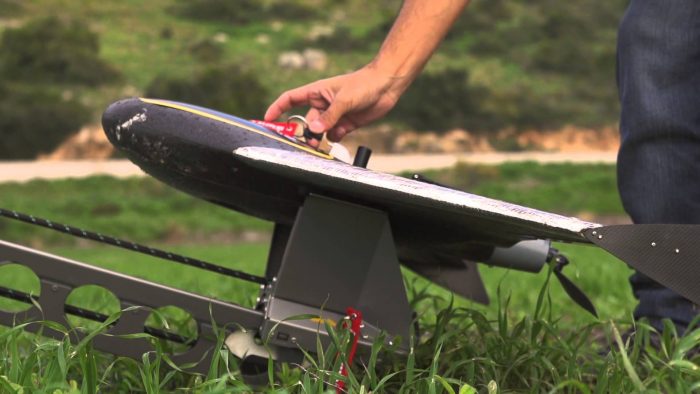 It is launched via a hand torqued launcher and lands in a confined space on the basis of reverse thrust, once the user has triggered the landing sequence. It can accomplish 180 acres of near infrared spectrum imaging at one-inch resolution in a single flight to detect pests, weeds, mineral deficiencies.

Nonetheless, the company flies below the radar, partly because it isn’t liquid enough for the largest funds.

So it’s full of growth prospects for those companies that develop and deploy the core GPS-related technologies involved.

Trimble seems to be a stand out in this respect, not least in the quality of its alliances. For example, it’s integrated it’s farm data with John Deere’s Operation Centre.

For now the company is on a growth trajectory of around 4% — hardly enough to have us slavering at the bit.

But when we take on board the growth projections for the precision agriculture, which one way or another accounts for 30%-40% of Trimble’s business, given its relative growth trajectory and the relatively small number of trusted specialists in the field, Trimble repays a close look.

In fact, it could marry nicely at Monsanto, or perhaps thus Bayer, with the Climate Corporation.

This could make for a one stop shop company for precision agriculture, connecting tractors with drones, satellites and machine learning algorithms that are constantly exploring the global terrain.

As entomologist E. O. Wilson says: “We are drowning in information, while starving for wisdom. The world henceforth will be run by synthesizers, people able to put together the right information at the right time, think critically about it, and make important choices wisely”.

In the next article on Friday, I will look at a company that is looking to prevent people from accessing data. The focus is on cybersecurity — and the task of protecting the extremely vulnerable networks that we are hitching together from vastly different domains across the globe.