3 ‘AntiFragile’ Companies That Thrive on Uncertainty and Chaos

In Greek legend the murky swamps of Lerna were haunted by a nine-headed water serpent named Hydra, a beast who had the knack of growing two heads for every one that was cut off.

Hydra grew more fearsome with each attack, she was “anti-fragile”, in the words of Nassim Taleb, just as muscles get stronger when they’re pushed to the point of failure, just as Trump grows more popular with each attack on his character.

Hardly anybody in the investment community took any notice of this idea when Taleb introduced it two years ago — partly because he is so annoying — but it is a very useful one right now.

With US stocks on an historically high 17 times next year’s earnings despite the current flux, contradictory signals and pervasive uncertainty, it makes sense to look for companies that can not just survive but actually gain from chaos and uncertainty.

Company #1: The lesson from smashing 76 fridges

To be anti-fragile a company has to have a deep culture of experimentation, it has to relish rather than merely accept turmoil and it has to have problem solving in its DNA.

Haier, the world’s biggest ‘white goods’ company, is a great example. This is a company, led by the extraordinary Zhang Ruimin, that has been the subject of 17 different Harvard case studies.

Zhang Ruimin took over a bankrupt Haier in 1984 and the first thing he did was order staff to drag 76 faulty fridges out onto the street and help him smash them to pieces with sledgehammers. You can watch a satisfying video of it here. 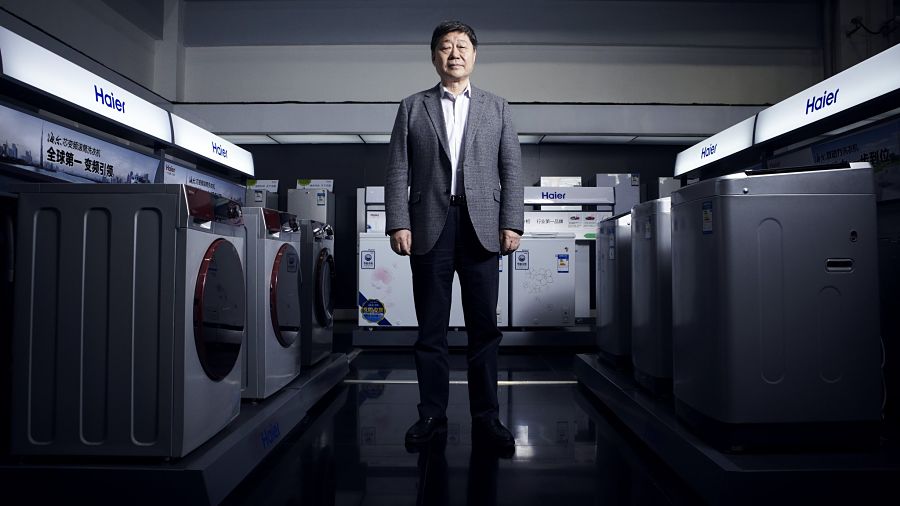 His message to employees was to reject complacent thinking, to experiment: “challenge yourselves, get over yourselves”.

And in the last two years, he has taken a very interesting new direction, declaring that he as CEO would cease giving orders entirely.

Haier is now a beast with 20 heads, with departments and divisions driven by entrepreneurial teams called ‘Micro Enterprises’, which stand or fall according to performance and can be stopped at any time.

Competition is brutal. Not only do these micro-enterprises compete to design, build and distribute products for Haier users, they also compete over staff and capital. Zhang is even steering employees to accept payment on the basis of user endorsement, rather than fixed wages.

I expect Haier to thrive during the next few years, just as I expect China to lead innovations in a number of emerging industries — genomics, fabrication, new consumer technology.

China has an incredibly brutal competitive environment. Tencent, for example, has over 10 million apps underneath their platform in constant competition and very few stay on the platform for long. What it means is that companies that survive in China are very tough.

This is a brutal, decentralised approach to innovation that is breeding a deep culture of experimentation. I’ll point to some of the most interesting experiments in the coming weeks.

Company #2: Reinvention for the robotic age

Toyota is another great example of an antifragile culture.

Over the course of 2009/2010 the company was hit by the largest car recall in history and then by a massive tsunami that caused havoc in its supply lines. Since then it has had to contend with a strong Yen, a Japanese home market that is averse to car buying and ownership, and just last month with the Takata airbag recall.

The Toyota has a culture that is based on accepting that crises and disruptions are intrinsic to the world. Rather than be controlled through rigid command structures, employees at all levels are trained daily to be quick problem solvers.

In fact, Toyota has almost completely reinvented itself in recent years, committing $1 billion to a five year robotics and AI project based in Silicon Valley.

Japanese consumers may be averse to cars but they, with their Shinto culture, are really taking to personal and caring robots.

Toyota has been showing impressive prototypes of home care and hospital robots for some time and has just started selling its Kirobo Mini robot — a $400, 10 cm tall baby companion in a country with plummeting birth raters. The robot draws its intelligence from the cloud and will serve as a staging post in the company’s ongoing drive into AI and robotics. We’ll eventually talk of Toyota as a robot company that makes cars on the side. 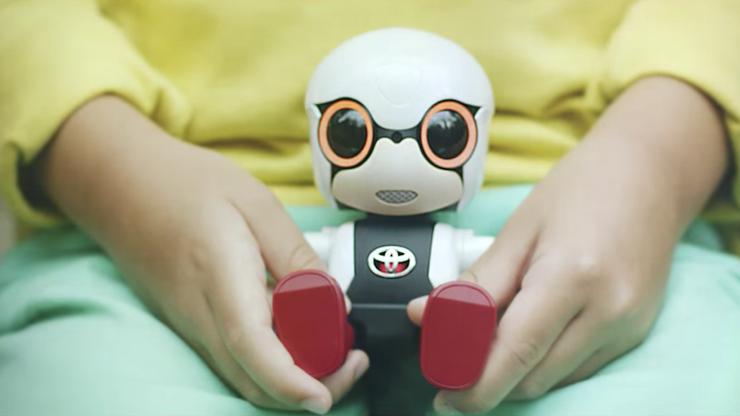 For now, Toyota is perfectly placed to benefit from Prime Minister Abe’s plan to triple the domestic sector’s aggregate revenues to over $22 billion a year within four years.

Company #3: The living embodiment of Hydra

The ultimate anti-fragile company however, may be Google.

Google already dominates search, maps and online video and continues to ingest huge streams of data for its algorithms and its monopolistic ad business.

With its ‘generate and test’ culture, war chest, huge AI capabilities, and its spreading tentacles into auto, finance, medicine, and the smart home, Google is living embodiment of Hydra.

In fact, one big fear shared by almost every industry is that tech titans like Google will move in on their patch.

Just recently I’ve been looking at how the likes of Google and Amazon are poised to disrupt banking and investment <more on that story in the coming weeks>. Insurance, banking, asset management — for all of the talk about startup fintech companies threatening banks’ business, the real challenge looming for financial institutions from the well-established tech giants. They are the new vampire squids.

Steve Jobs used to tell Larry Page that he was trying to do too much. Page used to respond by saying Steve was too focused, doing too little and doing far too little ‘generate and test.’ Take your pick as to which is now the better, more future proof and anti-fragile company from now until 2020.

This is a time of considerable uncertainty. What is essential to markets and to keeping the wheels of the world economy turning is vanishing before our eyes — trust.

Trust between governments, between governments and their populations, between judiciaries and the underprivileged, between financial institutions and the 99%, between the ‘uber wealthy’ and the rest, and between the generations — each is a lot weaker than it was in 2008 and eroding further, fast, despite the best efforts of the monetary authorities, and that has serious implications for anyone seeking to manage portfolios or assess the value of equities.

How do you even forecast earnings for the next two to three years? Don’t bother, says Taleb. Better to assess the culture, structure and spread of activities of the companies you invest in.

In fact I believe that many analysts now rely on out-dated valuation models and business intelligence to make their decisions. In my recent AI report, I pointed to three vital metrics that will be very useful for evaluating stocks for the next few years:

The companies that are most future filled and adapting to the new environment have these traits in common.

Next week I want to look at some of the more disturbing experiments that the tech titans are undertaking right now — not least in trying to replicate the functions of the human brain — and how this will change the way investors decode the world and make strategic choices.